Adventure in the Forest

ADVENTURE IN THE FOREST

Hello, there! My name is Bryan and I will tell you a story. Maybe I am pretty old now but my memory is still fresh. One day I was going through some old photos and I saw some pictures of me when I was young. Those pictures woke up some great and beautiful memories in my head. And I'm ready to tell you a story about my biggest adventure.

When I was young, I would say at least 10 years old, I had a few best friends: my sister Lily, little rabbit called Bunny, a bear called Po and a small flying fox called Fluffy. We used to go everywhere together! But one day was different. One day we were all just hanging out in my and Lily's home, but it got late and they had to go home. Fluffy lived in a forest so he got there as fast as he could. But when he got there, he didn't even realize it was a forest. All of the trees were cut down and there were a ton of dredges around. The whole forest was ruined and Fluffy didn't have a home anymore. He quickly packed his things and looked at the forest one last time. Tears were rolling down his cheeks and he was really sad, but he knew he could never save his home without help. That's why he came to us. He explained everything that happened back there. We were all startled by it. We knew that we had to help Fluffy. “Do you know who's behind all this destruction?” Lily asked him. Fluffy looked down and nodded. “Who?!” Po asked and Fluffy silently answered: “Dr Extraordinary…” We all gasped in shock. For you who don't know, Dr Extraordinary is the evilest scientist on the whole planet! No one knows what he could do with all of the trees in the forest! “I know what we can do!” Bunny told us and ran outside the door. We quickly followed him after we realized he was going to the basement. “What are we doing here?” Lily asked, but Bunny didn't answer her question. He quickly hopped to the big chest in the corner of the room. We all gathered around the chest. “So, why are we here?” Lily asked again and Bunny answered: “Do you remember that one time when I found a pirate map? Well, it wasn't a pirate map! It's a map to the forest and Dr Extraordinary’s lab!” We were all so happy and excited. There was a way to help Fluffy now! We got the map out and looked at it. Everything was on it! “Oh, I know the way to save the forest!” Po said. He told us his plan. It was really brilliant! His plan was to take some scary costumes and 'prank' Dr Extraordinary. I dressed up as a red, scary dragon and took a broomstick as a weapon, Lily wore an Indian costume, Po wore a pirate costume, Bunny dressed up as a knight and Fluffy wore some kind of a Batman suit. We were ready.

We came to the place which was marked on the map. I took out my binoculars and looked around, trying to find Dr Extraordinary’s lab. “Wait!” Lily said while trying to take my binoculars. “There! Look!” She showed us the lab. “Yes! Let's go!” I told them and got our costumes from my backpack. We put them on and started running towards Dr Extraordinary. We sneaked into his lab and started making some scary noise. He was sitting at his table and was laughing maniacally and hysterically. He heard our noise after a few moments and stood up. He was trying to find the source of the sounds. “Hello? Anybody in here?!” he yelled. We were still hiding, but after a few seconds I gave my friends a sign to jump out. “1… 2…3!” I said and we all jumped out at the same time. We scared him to death. You could see it on his face. “Wh-who… are you?” he asked trying to get away from us. “You will free the forest of all damage!” Po told him in a really deep voice. “No way!” the Doctor told us, but we didn't take 'No' for an answer. “Either you will go away or you will pay for what you did!” Fluffy yelled at him and flew above his head. The doctor was way too scared to refuse our offer again. “OK! OK! Just leave me alone!” he told us and ran away. As he ran outside, we took our masks off and started celebrating. We saved the forest! We are heroes!!!

After a few weeks, the trees we planted grew completely and the forest was the same as it was before. Or maybe even more beautiful! We were very happy but not like Fluffy. He got his home back and he knew he would never give it up! “Thank you, my friends!” he thanked us. We told him we would always be by his side no matter what. And we still are to this day… 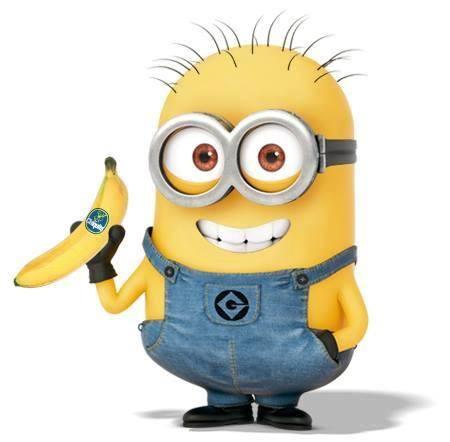