Once upon a time there were Emily and I, we used to play around in a forest behind our garden with our pet rabbit. Days passed by and one day a nut fell from a tree and hit me on the head, that a squirrel had dropped it. We took it and gave it to the squirrel. The squirrel seemed happy. It climbed Emily's shoulder, and I said "I guess we have a new pet ". So we continued playing. One day as we were playing hide and seek we saw something inside a trunk that was left and forgotten in the backyard. It was a map, a treasure map. I wanted to go but Emily was worried that something would happen to us, but we went, anyway.

As we walked through the forest we found a baby bear. It was friendly so he came along.

We followed the instructions in the map and we came upon a scientist, a mad one, who was doing a crazy experiment. Apparently he needed more space, so he began cutting down the forest where we were playing.

After 3 long hours of wondering around we finally found the treasure. It was magnificent! We were so happy and it would have been perfect, but we noticed the machines cutting the forest. The squirrel and the bear ran away scared, and we were furious with the scientist. We wanted to stop him! We ran back to our house, climbed the treehouse our dad made and started planning. We had a plan. At night when the machines were still we would steal them and find the mad scientist following the traces the machines made in the ground. So we waited...

The clock rang, it was midnight. We started executing the plan.

As we started running to the machines, I wondered why did he ruin the forest, so many animals lived there.

We found the machines. Started to trace them back.

We tried to be as quiet as possible. Finally we saw a building, with 1 room lit up. The window was open, so we sneaked into the room. At the end of the room we saw the Scientist, He heard us, and said: "What are you kids doing here?" I said: "We're here to stop you and your machines from cutting the forest, and if you don’t stop we're going to destroy all your equipment and all your lab stuff. He said: "Yeah sure, kid, just go ahead and try." So, I flipped the table and threw a rock and it all collapsed down. The scientist said okay I'll stop, then he ran away saying: " This is not the last you hear from me!" I thought to myself: "Well that’s a victory in my book" We found the squirrel, but the bear was nowhere to be seen, so we hoped he was okay.

The day after we planted some new trees.

Ahh those were the good times, I thought to myself, can't believe it was 50 years ago. In these photos it seems like yesterday.

Those were the Adventures, my, my! 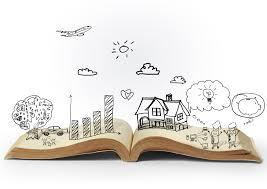