One day Emily and Ian were bored.They invited friends from the forest.Their friends were: Mat the bear, Adam the rabbit and Alice the squirrel..They went to the forest to play.They were amused. The wind was blowing gently.They were thirsty, so they went home.

When they came back, they heard some noise in the forest.I an looked through a pair of binoculars and stood amazed.

When everyone looked, they were sad. Animals had to leave the forest and leave home.The animals were crying. People with machines vandalized the forest.Emily and Ian asked the people who told them to vandalise the forest. They said that it was Doctor Project.

Doctor Project needed some space to build a new lab for his experiments. He made experiments because he wanted to take control over the weather.

Alice remembered that they could scare Doctor Project. They went to their home for costumes. Emily was an Indian, Ian was a dragon, Alice was a heroine, Adam was a knight and Matt was a pirate.

They went to the factory where Doctor Project was. In the shadow of the costumes they made the shape of a monster and scared the Doctor Project. They had a deal with Doctor Project who promised to give them the seeds for the forest to grow back. Doctor Project agreed because he was afraid of the monsters. Trees were grown and the animals went back to the forest. Friends went home to have a rest.

Emily and Ian's grandfather looked at some photograps when he was a child. He showed her the photos of him playing football and pictures of his cat Kitty. The friends joined their grandfather. Those were bitter - sweet memories.

Suddenly, they noticed an old letter in a photo album which was actually a treasure map. They looked at the map and saw a letter X written near tiny volcanoes and some trees. They're off to a journey. They brought a shovel and a flashlight. First, they went by train to a small forest. It was night. They slept on the train. When they came, they started to go where the ''X'' was marked. They heard some voices in the dark. They saw a witch and hid behind a tree. The witch screamed because of a thorn in her leg. They asked what's the matter. Matt the bear solved the witch's problem.The witch thanked and introduced herself. Her name was witch Linda. She had a black hat and curly black hair. Her eyes were brown and illuminated all the trees in the forest .She was kind and pretty. She had a magic stick and an old flying broom. Witch Linda went home.Her friends had moved on. They came to the place indicated bythe letter  X.

There was a small wooden hut. They started to look for the treasure chest. In the corner there was a treasure chest . It could not be opened, because they did not have the key. Alice the squirrel found the key by the window and then she opened the chest. They were happy. In the chest there were toys for them. They took the toys home and played with them. They always shared. They promised that whatever happened they would remain friends. Remember: NOTHING IS MORE IMPORTANT THAN FRIENDSHIP! 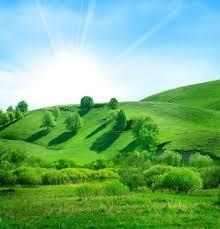