Once upon a time there were 5 friends that loved to go on adventures together. Matt was the most adventuruous one of them all. He had a pair of binoculars on him all the time. His younger sister Sarah also liked adventures Sarah and Matt had 3 animal friends, Ted the bear, Hops the bunny and Sam the squirell. One day they went far from home. Matt took his binoculars and looked through them. He saw a beautiful forest. - What do you see?- Sarah asked. -I see a forest, wanna go to it?- Matt replied. - I do, lets go!- Sarah said and started rushing to the forest.

- This forest is great. - Said Ted. - The grass is so soft and its so nice and windy here as well. - Sam added. They had lots of fun together playing in the forest. They played hide and seek and tag. It was getting late. They had to go home or they would be in trouble. They went to their homes and went to sleep.

On the other side of the island there was a scientist called ''Dr. Cloud''. He wanted to create a machine that would allow him to control the weather all around the world. He planned to use the machine for evil. He'd make it stormy and rain all the time so no kids could play outside. He needed a lot of heat. He called his workers and said - Cut down all the trees you can see and bring them to me, I need lots and lots of wood to power my machine! - His workers went to the nearest forest and cut down all of the trees, leaving a lot of animals without their homes.

The workers worked day and night just chopping down the trees and bringing it to Dr. Cloud. He almost had enough wood to power his machine that would allow him to control the weather. The forest was ruined completely. The five friends saw this and they decided to do something about it. They asked the workers - Why are you doing this!? - They replied with - We need all the trees we can get so Dr. Cloud could power his machine. The friends went home and Matt had a plan.

- Guys, follow me. We need to stop Dr. Cloud before he has enough power for his machine. - He opened his chest and inside were a lot of toys and costumes.               -Everyone grab a costume, I have a plan on how to stop Dr. Cloud and his evil plans. They all took a costume and they followed Matt outside.

- We're currently at the red x, we need to follow the train track to Dr. Cloud's castle and there we will stop his evil plan. - Matt said. - Are you sure this is going to work Matt? I'm a bit scared it won't.. - Sarah asked. I'm sure it will, we all practiced it at home all day, and besides, if we don't do it he's going to make it rainy and stormy all the time, now lets go. -

When the brave 5 friends finally got there, Hops said - I sure hope this works, otherwise we wont ever be able to play outside again. - Yeah, I know. We better make this work, everyone ready? - Matt said. - Yeah! - Everyone yelled. - Lets go! - Matt said as he started running into Dr. Cloud's castle. Everyone else followed him. When they got inside they saw Dr. Cloud at his desk researching something. He wanted to know how much power he needs before he can start with his plan. Matt said - Okay guys, in 3, 2 ,1.. - They turned on a flashlight and they made a dragon looking shadow to scare Dr. Cloud. He got scared and dropped all of his papers. The 5 friends quickly took them. Everyone but Sam ran away. Sam saw a blueprint on his desk. It was the machines blueprints. He sneaked past Dr. Cloud and took them from his desk and he ran with his friends.

- Guys! I got his blueprints, turns out the machine isn't finished. And because I  took the blueprints, it will never be. - Sam said with a big smile on his face. - Nice going Sam! We need to hide the blueprint somewhere where he or his workers wont ever find it. Sam gave Matt the blueprints and he hid it somewhere Dr. Cloud won't ever find them. The end. Wow, did you really do all of that grandpa? -    -I sure did, and I never could've done it without friends.-    -Where did you hide the blueprints grandpa?-    - I split it into 5 pieces and gave a piece to Sarah, Ted, Hops, and Sam. I  have a piece as well-    - Can I see it grandpa? -    - Sure you can, just dont tell anyone i showed it to you.-  THE END. 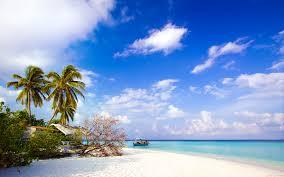