Once upon a time, just like in fairy tales, there was a beautiful forest. Forest was surrounded with high mountains and big blue sea. Thru the centuries  land around the forest changed. First it was settled by the Indians who respected Mother Earth and protected forest and all living creatures in it. Then treasure hunters came with big ships to build fortresses, but forest remained untouched shelter. Railroads where build thru the mountains around the forest so that travellers could admire its beauty. Because it was truly beautiful. Old, tall trees with big green tree tops that allowed just enough sunlight. Winding paths surrounded by coloreful wild flowers. But what truly made forest special was harmony of all living creatures in it. Not so long ago all that almost got destroyed if it wasn't for bravery and ingenuity of those who loved the forest with all their heart.

One rainy afternoon Mr.Alex Wilson sat in his home office looking at old fotoalbum. His face was smiling and his look was light. All those memories... Photos of his parents, his graduation as enviroment engineer, his prize winning achievements for perserving nature, his wedding day, his children, his grandchildren... As he turned the pages of album one picture caught his eye. On it was Alex as ten year old on a swing in the forest with his childhood friends Kate and Blue the bear. Oh, what fun they had together running and playing in their forest. Swinging on old trees or playing with a ball. Slowly he started to remember one of their adventure that defined his life as enviromentalist.

Many years ago a rich and powerful scientist wanted to create enough power using free sources so he can build a rocket and conquer the Universe. Like every villain he didn't care who or what will he destroy to achieve his goals. All that mattered was to succeed at any cost. But he needed the minerals which only existed in a small forest. Minerals intact for centuries. So with shady business he managed to occupy part of the forest and start his evil plan.

During the night when everybody where fast asleep he sent his buildozers and started to cut old trees.They worked fast thru the night destroying everything in front of them. Animals lost their shelter and were forced to leave the only home they ever had. Till the morning, a part of the old forest was gone.

In the morning as soon as Alex woke up he was looking forward to play with his friends. Spending day in forest with Kate and Blue the bear was the best. They always had so much fun and every day was new adventure.Today they will build a new swing, pick mushrooms and play hide and seek. Blue is an expert in mushroom picking and later mum will make them nice stew. But as soon as Alex came to the forest and saw angry-sad look in his friends eyes he knew that something is wrong. Kate gave him binoculars and he was horrified with what he saw. A part of his beloved forest was gone, destroyed, massacred. All his animal friends lost their homes and were affraid and sad. What horror! Who would do something like that?!

Alex and Kate wanted to help their friends and save their forest. But, how do you stop a buildozer? How do you stop the madman? So they started to think. And in no time they came up with a plan. They will scare the scientist away. No matter how old you are, everybody is affraid of some kind of monster. At old, dusty attic Alex, Kate, Blue and their animal friends found an old chest. It was filed with old toys and halloween costumes. All they needed now was some imagination and they had plenty of that, so costume making began.

Armed and dangerous strange looking little bunch started there quest to save the forest. Alex dressed as red dragon-crocodile and armed himself with a broom. Kate was a fearless Indian with a mighty umbrella and warrior call. Blue the bear was a scary pirat with ladle instead of sword. Squirrel was Zorro and rabbit was a knight. And no matter how strange they look their heart was in a right place and their fight was justice.

Strange small bunch waited till the night fall. Around 1.30 AM they gathered in front of office of evil scientist. It was showtime!Just like in a Grimms „Town musicians of Bremen“ they all climbed one on top of the other and started to make noise and racket. It was loud and crazy. All scientist saw was huge strange shadow of monster and heard horrible noise. Monster was growling: „Leave my forest alone! Leave my forest alone!“ Scientist got so scared that he dropped all his papers and started running for his life. After that night no one ever heard of him.

Happiness and harmony were back in beautiful forest. Passing by you could hear children's laughter, joyfull play and birds singing. Forest recovered with a help of those who loved it. Alex and his friends were proud with their achievement and that event became their favorite childhood memory. And just like in a fairy tales they all lived happily ever after. 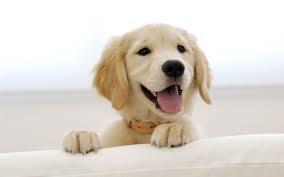