The Story of a Friendship

The Story of a Friendship

Once upon a time, animals and children played happily in the forest. That forest was their secret hideout, no one knew about it. Boy and girl were siblings, their names were Marco and Lailah. Their lives were pretty boring until they met bear John, bunny Silver and squirrel Sally. They had many adventures in that forest.

But very soon that changed. One day when Sally returned home from a trip she saw a disaster. There were little to no trees. They were cut by humans. She didn't know why and started crying. Soon all of her friends were there as well. They were all sad but they wanted to find out why was the forest destroyed. Marco and Lailah's father told them about the treasure chest on their house's attic. He said it was the only thing that can help them.

They easily found it, but only stuff they could find were toys. John noticed there was something stuck on the side of the chest. It was a map. The map led to some old castle. Kids didn't know why is that important to them until they saw the back of the map. There was a name written on it „dr. Gero“. They searched him on the internet and found only bad things. He destroyed nature with his experiments what angered them. They decided to go where the map takes them.

They started a very dangerous journey. First they had to take a ship to a „deserted“ island. There were many traps like giant snakes which didn't notice them beacause they were old and tired. Marco loved animals and he felt very sorry for them. Now, he had even more reasons to defeat the mad scientist. They decided to put up a camp for the night. In the morning they took a train to the mountain which had a cave in it. In there they found a pair of binoculars.

Animals didn't know what were they for so Marco used them. He saw another devastated forest. Lailah noticed they were getting closer to the doctor. They continued walking until they saw the castle. It looked abandoned, but it certainly wasn't. Suddenly a strong wind started blowing. It was almost the end for them. Right when all hope was gone and they were getting closer to the sea a giant owl came for their rescue and left them on the shore.

Meanwhile, the doctor was just finishing his experiment „Weather bulb“. He thought the kids were gone when he used it to blow them of the island. He was proud of his work and he didn't care about anyone but himself and his experiments. His lab was very messy with books everywhere. There were also many machines. Little did the doctor know the kids were already back on his track.

They took toys from the chest and masked themselves to scare the doctor. Marco was a dragon, Lailah was an Indian, John was a pirate, Silver was a knight and Sally was a bat. They were ready for a battle of their lives. All of them rushed into the castle at once.

Doctor saw their shadows on the wall and was scared to death. He thought he had no fear but two kids and three animals were enough to scare him. He was ashamed of himself when kids mentioned all of his evil deeds like all the forests he destroyed. He got rid of his evil ways and went away from the island with kids.

Gero and his little friends had many more adventures and took a lot of photos. Gero cherished those memories until the day of his final breath. 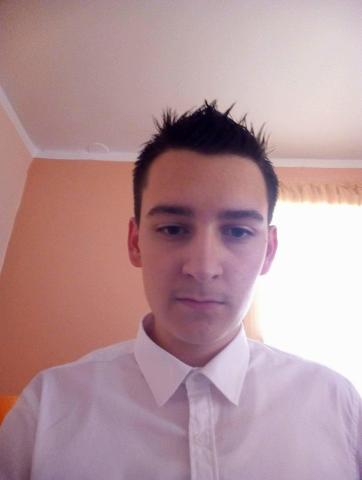