What a wonderful place

What a wonderful place

Mr Jenn is a doctor for mental illnesses, a physicist and a technical expert who lives in a little town called Dudy. People say he is crazy.His best inventions are: artificial cloud and a lightning bolt and a device which converts  small planets from garbage. This is a process similar to recycling. Now he has got another strange idea. He wants to build the largest science museum in the world. Jenn wants to enable people to make their own holograms.For that project he needs a hundred trees.He  thought and thought and he came up with the idea of Ruby forest. This is the biggest and the most beautiful forest in the end of the world where the trees are the fastest growing and the leaves are the greenest, but the most beautiful of all is the blue sky as blue as the Caribbean sea. A clear stream  runs through the forest till the green Sunday Meadow. One night when he could not sleep he went to the City Library to look for a map which will show him the way to the forest. When he found the map he took seven devices and his friend  Edgar Bang as an assistant with him. Edgar was a funny person who falls in love very easily because MrJenn put a poison of love in his tea when they were little boys. They travelled for 3 days and passed the stormy sea, a snake field and a castle of darkness. All this trouble for the forest ful lof plants and huge trees, tall green grass and colorful flowers.

When Edgar began to cut the wood he saw a little squirrel which was crying. The squirrel lived in that forest in one of the pines.The squirrel was sad because it could not stop the wood cutting. Then she met Tory. Tory was big and fat bear who was abandonded by his family because he ate all the honey they got. They became good friends. After a day of wondering around they met lady Elizabeth and her pet Carrot, the white rabbit. Elizabeth told them her story. ʺMy mum is a vet in my village and she saved Carrot. But countrymen were angry at me because  I played with Carrot all day and didn't work in the field. So I run away two weeks ago. ˮHahhahahaha…It is funny but also very dangerous living alone in the wood with a rabbit!“ Elizabeth said when they went to save Squirrel's home. They came to the Blueberry Hill in the middle of the Sunday Meadow and started to check the wood. But first they ate some blueberries.   ˮHello,hello guys. Why do you eat my blueberries?ˮ said sombody. ˮWe were very hungry. We came here to save Ruby forest.ˮsaid Tory. ˮRuby forest? My best friend lives there.ˮsaid the cute guy who was sitting on the apple branch.ˮA lot of animals live there!ˮ said Squirrel. "Yes, I know.  I think this is one of the biggest forests in the world. By the way, my name is Alex.ˮsaid the little guy. After some chatting they became friends.  They made a plan how to save the forest.

In the guy's modest house,there was abig chest where they took some things which could help them on their journey. They took an umbrella, a brom,a bag with chocolate cookies and a dragon mask, a batman mask, a pirate mask and some other masks.They were ready to defend their home.

At midnight Mr Jenn was sleeping in his grey electric van. Alex saw him because of the big windows on the van. At that time all the animals had left their home. They were very sad.

When they came to the van Mr Jenn was doing some research. Edgar saw Elizabeth and he fell in love immediately. Elizabeth said she wants to help them in their mission. So, Elizabet, Carrot, Squirrel and Tory tied Mr Jenn around the old oak with the red ribbon. Then the fun began.  They started to tickle Mr Jenn. He laughed and laughed. Alex's friend Stork also came. Mr Jenn gave up, and said: ˮ I'm so sorry. I was superficial and selfish. I'll  sell my recycled planets. We will buy the tree seedlings with the money I get. ˮ They were all very happy and got much money from the sale. They managed to buy 1005 tree seedlings. When they planted  the trees they organized the party.  The wood was very thankfull,  the leaves were dancing in the wind,  the clouds were hidden from the sky,all the animals were happy. All of them were very grateful.  Mr  Jenn took some pictures of them  and put all the nice photos in an album. They put the album in the ground  opposite the just planted chestnut.

Fifty years passed by and Alex walked through the forest with his daughter and his dachshund Lou.  They found the album by the huge beautiful chesnut tree. They  took it home and looked at the photos. Alex told his daughter  the old story , and when he finished he had only one request. He said: "My little princess, when you will become a mother,  tell this story to your children and then return  the album under the chesnut tree because the pictures and the story belong to that wonderful place!" 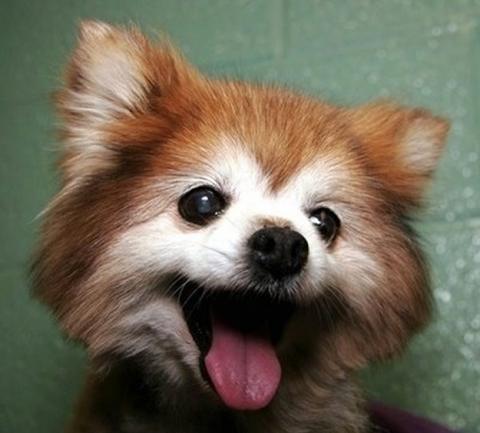