Once upon a time, a group of friends lived in a far, far land: a beautiful girl Anna, an adventurous boy Lukas, a happy bear Ted, a fluffy rabbit Fluff and a cute squirrel Chip. Their adventure began in a green and peaceful forest while they were playing hide and seek.

Lukas was counting: “One Mississippi, two Mississippi...” when he suddenly heard a noise coming from a hill in front of him. He asked his friends, “Hey, did you hear a strange noise?” “No, I didn’t!” Anna answered. “Oh, never mind. It’s late. Let’s go home.” Lukas said.

All night long the friends were worried about the strong sounds that were coming from the forest behind the hill. They couldn’t imagine what was going on there. The next morning, friends woke up and climbed up the hill to see what was happening.

When they got there, Lukas looked through the binoculars and he saw a terrible scene. Their forest was destroyed by big machines. All the animals ran away. Anna and Fluff started crying. They went down into the forest and Lukas found the paper glued to one of the machines. There was the map and the message:

“SCIENCE IS MY LIFE,

MATHS IS MY WIFE.

I’M THE GREATEST OF THEM ALL;

I CAN CATCH YOU IN MY HOLE.

MY CASTLE IS NOT SO FAR,

YOU CAN GET THERE BY CAR.

COME AND BE MY FRIEND,

IF NOT, THIS WILL BE YOUR END!”

Lukas read the message out loud. ”We need to catch him!” Ted said. They looked at the map and made a plan how to get to the castle and catch this mad scientist Luis.

They started their long journey on an early Sunday morning. “I’m so tired. May I take a nap?” Fluff asked. “No, you may not take a nap, Fluff!” Lukas answered angrily. After a long day of walking between the river and the railway, they put on a tent to rest. It was late. Everybody was asleep except Chip. He heard something in the bushes. He quickly woke up his friends. They slowly stepped out of the tent and saw a big stripy snake. Everybody started to throw pebbles at the snake and it went away very fast. They were all a bit scared when they saw that was exactly what was predicted in the map. But the next day they continued their adventure. “Oh, look, the key!” Chip said. They all ignored him. They were walking along the railway when suddenly Ted saw a red cross on the ground. ”Look guys, a red cross!” “Look, it’s on the map. Wait, the message said that he can catch us in his hole. That’s the trap!” Anna said. The moment Anna said that, Ted stepped on the cross, the ground started shaking and they all fell down into a weird room.

”Look guys, the chest!” Ted exclaimed. By using the key Chip had found earlier, they unlocked the chest. There was no treasure, only funny costumes and a lot of toys. They decided to dress up in funny costumes to relax a bit. So Lukas became a dragon, Anna a Native American chief, Ted became a pirate, Fluff was a knight and Chip became Batman. They continued their adventure walking proudly and even more bravely.

A couple of hours later, Ted looked through his pirate spyglass and saw a big, dark and scary castle in front of them. ”Guys, I’m not sure if I want to go in there.” Fluff said. “It’s fine, Fluff. We are here for you!” said Lukas. They opened the large wooden door. The interior of the castle was scary and old. Seconds later they heard the evil laughter that was coming from upstairs. ”HA HA HA!” They were very quiet so that no one could hear them.

They were climbing the long stairs when they saw a short man in a white lab uniform with big, white and curly hair, a big nose and brown goggles on his head. The scientist was inventing some kind of a machine. There were a lot of papers everywhere. His eyes were red and tired. They started planning how to scare the scientist and force him to heal the forest.

”We can make a monster figure with our bodies and costumes to scare him!” Anna suggested. They all agreed. They formed the monster and went into the light, in order for their shadows to appear on the scientist’s wall. The scientist screamed and started running, but the friends caught him. “Why did you destroy our forest?” Ted asked. “I’m sorry. Don’t hurt me! I needed the wood for my rocket time machine. “Give us our forest back!” Anna said as she was walking angrily towards him. “Wait! But now I have the rocket time machine, so we can fly through time. We can go back and save the forest!” the scientist said. “Yes!!! Let’s go!” Lukas exclaimed. They entered the rocket time machine and flew back in time to the forest. They stopped the workers who had just cut down two trees. Lukas, Anna, Ted, Fluff and Chip let the scientist go and he promised never to destroy nature again. The forest was once again full of green trees, happy animals and colourful flowers.

Many years later, Lukas, Anna, Ted, Fluff and Chip were still friends. Lukas was now 73 years old. One day, he was looking at the photo album and saw the photos of the great times they had in their green and peaceful forest. Over the years, they met some new friends. Sometimes they played games together; sometimes they laughed and sometimes even cried. But if it weren’t for their mad scientist’s adventure, they wouldn’t protect their forest as much as they did.

You know what they say, sometimes something bad needs to happen, so you can appreciate what you have. 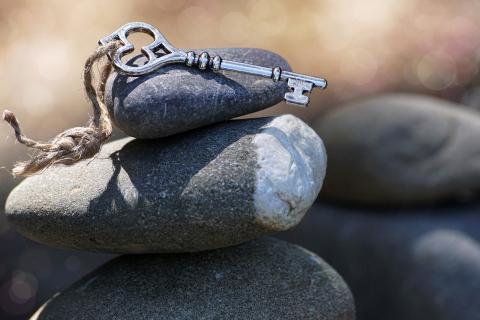