Narrator Greg will tell you a story which happened a long time ago. His grandchildren Jessica and Brad went through an old pearl chest, where they found their grandfather's old toy Yoyoleepy and imagined that the Yoyoleepy came to life. The journey began, to search for a place where Yoyoleepy could live in peace. On their journey they met a squirrel named Lily. She had a map which contained the location of a place called the "Forest of luck" . She told them that the "Forest of luck" was untainted by humans. Brad, Jessica and Yoyoleepy went straight to the "Forest of luck". When they got there they realised that the "Forest of luck" was actually a forgotten place that no one lived in. They continued their journey across the land. They went through three villages and one city. In the city they met a crazy scientist named Alfred. He hated toys and wanted to make them suffer. He invented a robot that would destroy all of the toys in the world, but the robot broke down. Jessica, Brad and Yoyoleepy escaped and continued their journey. They searched high and low but they didn't find anything. The only thing they found were cut down forests. When they thought all hope was lost, they heard a rumour about a "Magic forest". It was now a ray of hope for them. They went through all the lands again, but sadly they didn't find it. When they returned home, they found out that the "Magic forest" was actually their grandfather's pearl chest. 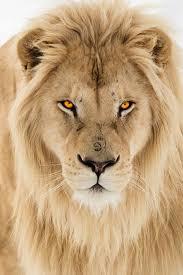