4- Gather around children, let me tell you a story about 5 heroes who saved the world from an evil scientist who wanted to rule the world...

7- One day a group of friends were playing in the forest like they usually do on the weekends. They were having fun running around, playing games and observing the forest from their treehouse.

8- They were bored and decided to try out their new binoculars they bought a week ago. When one of them looked at a forest opposed to theirs, he was suprised and told everyone to come to the treehouse for a meeting. Everyone was confused as to what happened. When the boy told them to look out the window eveyone was in shock.

2- They saw how a forest was facing deforestation because a lot of people were chopping the trees down. They were scared because they knew their forest will be chopped down too. While they were discussing on how they can stop the deforestation, the girl remembered the chest they had that their grandfather told them about. Their grandfather told them to open the chest when they are in big trouble.

9- So she told them about her plan. They quickly ran back to their house and down to the basement. They found the chest which the grandfather told them about. They were suprised when they opened the chest. In the chest there were halloween costumes. They were confused because they didn´t know what to do with the costumes, but eventually they figured out that they needed to put them on.

5- After they got dressed, they found a map on the bottom of the chest. They notticed that the big red X on the map was marked where their house was. The line was leading to a castle where they were supposed to go. So they started their journey.

6- After they entered the castle they were very sneaky because they had no idea what was going to happen if the mysterious person or creature founds out. The castle was big and scary and they were trying to find a clue. They were starting to lose hope until they heard noises coming from a big room. When they looked to se what was going on, they saw the evil scientist who was behind the deforestation. He was planing to take over the world and was working on an experiment for world domination.

3-The friends were thinking on how to stop the evil scientist and they remembered the scary dragon and their coustumes. They saw how the scientist could be afraid of the dragon and that they had the costumes for a reason, they started to build a dragon out of their costumes. After they were finished with their masterpiece ther shined a light through it. Everyone was moving the dragon to look like there was actualy a dragon there while the bear was making very scary noises. When the scientist turned around he saw the sillouete of a dragon and immediately ran out of the castle. When the friends saw that their plan worked they were really happy and they told their dragon friend about it. The dragon said he will keep a close eye on the castle and live there so that the evil scientist won´t come back. The next day the whole world knew about their bravery and they decided to mark a day and parade on that day in their honor for saving the world. This day is know as the carnival day. 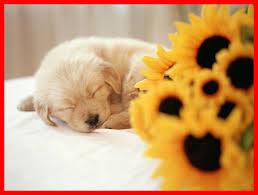