A book full of adventures

After long laying on bed, Michael decided to get up and help his wife Ela bring stuff for the yard sale. While they were cleaning, Ela found something interesting. It was a big book covered with a large layer of dust. She ran to Michael and showed him the book, but he told her that she can’t just sell this because he doesn’t know what`s inside. So, Ela kept the book… When the sale was over, Ela and Michael sat and watched TV together. They started to talk about the time when they were young. Ela gave the book to Michael. Michael sat down behind his desk. opened the book and started turning the pages ... The book was full of memories and adventures. He decided to tell Ela about his most interesting day. He took a glass of wine and started to talk:" It was beautiful day, no rain, just grass and sun. My sister and I were bored and we decided to go and play with our friends. They were imagined… or maybe not... I don’t know for sure, we were young. I think there was a rabbit, a squirrel and a bear. That day all of them was sad and nervous. Then we came to the woods and saw all those ruined trees… We were shocked… We asked them to tell us what was going on… There was an evil scientist, who liked to destroy everything because of his experiments. He was to blame for the mess. Those animals were in danger. They like everything to be green. We were thinking what to do with him and then we decided to make a map first. It was like a treasure map, but our treasure was the evil scientist. We took our costumes to look more dangerous and scare the scientist. We were so excited. Our whole lives were about adventures and dreaming about doing something important for the world, animals, plants and people. We wanted to do something to change someone’s opinion and someone’s life. We were children but we knew everything about people and how evil they can be, just to do something for fun. We went to the scientist’s room and tried to make our shadows look dangerous. While he was doing something for science he looked at the wall and saw shadows. We saw that he started to run and while he was running he smashed all of his chemicals. Then he ran to never come back. Our friends were so happy and thankful. I saw that scientist a few years ago. He was with his daughter. He looked like a good man. Maybe he understands what he did. But some people never change. Michael closed the book, looked at Ela and saw her sleeping. He was happy to find such a good person in his life. He took off his glasses and went to sleep… 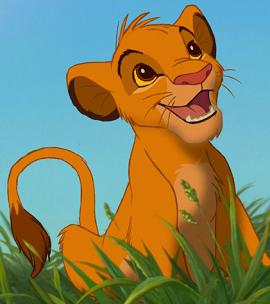