An adventure of a lifetime

An adventure of a lifetime This is a story of a boy named Shane Green. He is 77 now , retired and spending time looking through his photo album remembering his youth and the most adventurous time of his life. He is known as the brilliant and famous scientist and ecologist whose work is very important for the mankind. Shane always says how the reason why he became an ecologist is simple: “I just wanted to do something good for everyone”. But, the real reason is much more complicated: in his youth, he saw the Earth so destroyed that there was barely any life left. He remembers the day when he went to the wood with his cousin Liza Jane and other animal friends.The sound of the trees falling down disturbed them all and when he looked through the binoculars he could see people destroying the wood. The sight shocked them. Once where there was the beautiful wood in just several minutes there was the empty space without the plants . When they looked around, everything was different: the forest was gone, there were barely any trees left, the grass was yellow and dry, there were no plants at all, the sky was grey .All the animals escaped. The sight of complete destruction. The failure of mankind . In his youth he loved the old, bright green woods with a clearing in the middle. He loved spending time on the open space with his friends ,sharing together the moments of happiness . The wood was filled with life, he felt the strong connection with the wood and the animals.Even then he knew how important it was to keep the wood and the animals safe. At that time , an evil scientist Josh Tyler tried to do some experiments in his lab. He was so excited, fierce and he was expecting something big to happen. A year ago he discovered an old treasure map which led through the wood. He was sure that once the wood was cut down the way to the treasure would be an easy task. He was so fascinated with his lunatic idea that he didn’t mind the consequences. Shane got an idea.He remembered the old chest in the attic and that he kept different things there.So they all hurried and found some carnival costumes. ’’Let’s put them on and scare the mad scientist! ’’ Shane said excitedly. Others nodded their heads in approval. So there they went towards the mad scientist’s lab. Shane was a dangerous dinosaur ,Liza was an Indian girl,the bear was a brave pirate ,a squirrel was Zoro and a bunny was a knight. Their aim was to fight the injustice and return peace to the wood again. The scientist was working on his cruel plan without noticing the entrence of a scary creature . One sight of it filled him with terror. He couldn’t move nor say a word. ’’ The creature from the wood is about to hurt you! It asks for revenge!’’ the black shadow screemed. What happened next you can all guess. The mad scientist never returned . And whenever Shane remembers that event a smile appears on his face and his heart beats faster. He knows that there will always be evil people led by greed ,those who don’t value nature and life . But there will also always be people who are brave enough to stop them . 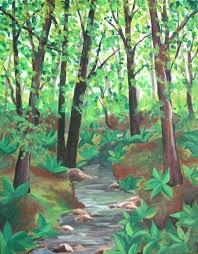