Even an egg can make a difference

EVEN AN EGG CAN MAKE A DIFFERENCE

I'm Harold. I found one of my old albums yesterday and I remembered all of my adventures with my sister Anna, our bear friend Jerry and our pets, squirrel Cindy and rabbit Jim. Anna was very curious and not shy at all, unlike me.

We found Jerry in our basement snooping for some food after people took his mum and trapped her in a zoo. He was still a baby so we kept him as our pet-friend. We didn't tell our mum about him until he grew up about a year later. She never went into the basement because it was our duty to clean it. She was a bit mad but then she realized how much we love him. Our dad taught him how to fish and hunt.

Of all our journeys I remember this one the best…

Behind our house there was a beautiful forest. Every day we would go out and play in it. While we were cleaning the basement we found some old costumes. We decided to dress up and went to the forest.

What we saw changed our life…

No leaves. No trees. Nothing. Just stumps everywhere. We were so surprised, sad, confused. All at the same time.

There was a loud POOF!

Behind us was a scientist. He started to yell – “I did it! I did it!” He turned around and said – “Ha! You fell through my trap. Don’t worry I won’t hurt you. I just need you to do one thing. Get a giant owl’s egg.”

“Well… it’s a long story. I want to be the smartest scientist in the world. The potion is almost done- I just need the yolk of a giant owls egg. Bring it to me until midnight.”

“We want you to bring the forest back.” – said Cindy.

“That’s easy. If you succeed, of course.”

He gave us a map and told us to hurry.

We followed the railroad and got to the forest. According to the map there was supposed to be a giant owl’s nest here. We walked around the forest for a bit and spotted the nest. Suddenly, behind us was a giant owl.

“We were hoping you would give us one of your eggs.”

“People deforested the forest behind our house and they will soon do the same to yours. We need the yolk of your egg to make a potion so we can revive the forests.”

“Why should I trust you?”

“Well, you can risk losing your home or you can spare an egg and make sure you and your family are safe.”

“Ok, ok, I will give you only ONE egg if you solve this riddle.”

You're locked in a room with three doors. You won't survive for long, so you need to escape. Behind the first door is a tank with five hungry sharks. Behind the second door is a glass tunnel that magnifies the sun creating temperatures too high for living beings. Behind the third door is a fire. How do you escape?

“That's easy. Through the second door. I will wait until it's night time.” – said Anna.

She helped us bring the egg to the railroad. We found an old cart and pushed the egg back to the lab.

“Wow! That was fast” – the scientist said – “Here's your potion. Spill it in the well, in the middle of the forest and all the trees will come back to life. And of course, here's the box of toys.

We did what he said and the forest was back. It wasn't the same as before but it was good enough for us.

We went back to the house to look through all the toys. There were so many of them!

Suddenly, we were interrupted by the TV…

We were just informed that a man that seems to be the smartest in the world has discovered a new element. Yes, the fifth element is real… 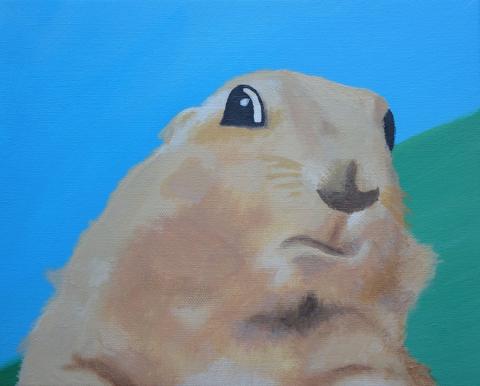