Things are not always what they seem - Go green!

One day grandpa found an old album with photos of himself and his sister. There were a lot of memories there, especially of the day that was still so alive in his memory – the day when they met an old evil scientist.

The scientist had white hair, big white teeth and big eyes. But... let`s start from the beginning.

Grandpa, who was a child then, his sister and their animal friends, a bear, a squirrel and a rabbit, were playing in the attic when they accidentally found a box. They opened it and saw a lot of interesting things - dolls, planes, a ball, a robot and a lot of other stuff.

But there was one thing which was most interesting to them. That thing was a map with a big X on it.

They followed the map, but they didn´t find the right place from the first try, because the woods had been different when this map was made. Now most of the woods was destroyed. People had cut down the trees and many animals became homeless. They talked about that and decided that they had to do something about this problem.

They followed the map further and they finally saw a small cottage they were looking for. They heard something weird – a loud, frightening laugh which was coming from the cottage. They saw the bad scary scientist through the window and they made a  plan how to make him a better man.

They dressed up in funny costumes and snuck up the window. They started making scary shadows and sounds. The scientist was so scared that he threw all of papers off the table and almost fell off his chair. He started yelling: “What is this? Who is doing this to me?” The children were laughing so hard and the scientist saw them! He was angry, but they apologised to him so he let them in. They talked and they asked him why he was so evil. He explained that he was bad just because people are treating nature badly. Then they told him how sad they are because nature is dying and he decided to help them.

The children played on the way home and everybody was happy. They now had new friends and beautiful environment. Let`s try to be more like them and let`s help nature because nature is helping us. 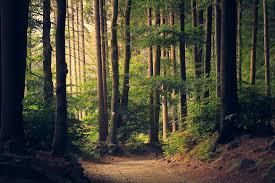