The story about the legends of the forest

One day Abby and Tony were playing in the attic. Abby counted and Tony hid. Tony hid behind a big box, but he forgot to hide his right leg.

'How come I lose every time?’

Tony and Abby opened the box. They saw a lot of old things. 'These are probably Daddy's things'.

They took the album and ran to see Dad.

'Dad, look what we found in the attic!'

'Oh, that's my album with old photos. This is me playing football. I am swimming here. The good old days!'

'Dad, who are these weird people?’

'These are the saviors of our forest. Have I ever told you the story about the legends of the forest?'

'Oh, let's get started. 100 000 years ago there lived a dragon Chees, an Indian Mol, a bear Alex and a squirrel Chloe. They saved our forest.'

'From the evil doctor Adams Muller. He wanted to build a chocolate factory in our forest. He was rich but he wanted more.

He started to work without asking anyone.

While Mol, Chees, Chloe and Alex played, their friend Leonard told them that the trucks came. They immediately realized they wanted to build something. They decided to say hello and ask nicely what they were doing. When they heard they were planning to build a chocolate factory, they decided they would not allow it.

That was the beginning of the war.

At first everything was okay. Adams Muller seemed to have abandoned the factory building. Mol, Alex, Chees and Chloe were happy until April 1st. Then they found a map showing that the destruction of the forest has begun. It was a terrible day. Adam's people came with trucks and started cutting down the forest. The animals were sad. They took their things and ran away. The forest was destroyed.

Mol, Chees, Alex and Chloe were sad, but they decided to fight. They took weapons, sat on horses and headed to Villa Muller. Adam's army was waiting in front of the Villa. The fight started. It was the most terrible battle in the history of our city. They fought for two hours but there were no winners until Adam's army fired a bullet into Chees's hand. He died. They came to Adam's room. They stopped the trucks but Adam took the bomb and there were 20 seconds until the end. They knew they would die, but they were glad they prevented the destruction.

The bomb exploded. They all died, but the forest was saved. The animals came back. The trees have grown again. Today it is one of the most beautiful forests in the world. We have to be grateful to Mol, Chees, Alex and Chloe.

So, Abby and Tony, this was a story about the legends of the forest.' 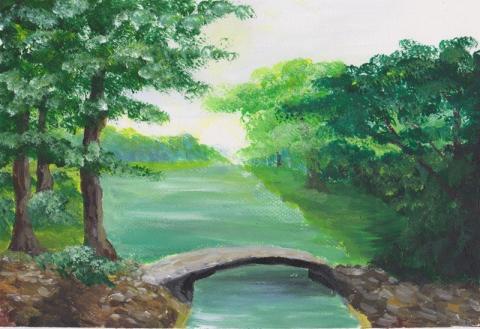