The little fox and the bad scientist

Once upon a time there were two little kids called John and Anna. One day they found a chest in an old house. It was full of toys: a bear, a squirrel, a rabbit, a fox and a pair of binoculars. Those two kids had a wild imagination,so they came up with an interesting story.

There was a fox who lived in the forest. She was so small and
cute,but there was also a bad scientist who thought only about himself. One day
he decided to destroy forest where the  fox lived which made the fox very sad.

John,Anna,the bear,the rabbit and the squirrel wanted to help her,so they decided to visit the bad scientist.He lived in old castle.They took things they needed on this trip,looked at the map and realized that the fastest way to scientist's castle is across the mountain.

They started their trip.They walked for hours and hours when the finally came at the foot of the mountain.Then the rabbit said:“I'm tired,let's make a campfire and take some sleep."     They all agreed.The next morning they started climbing up the mountain. Around noon they came to a small plaetau.They took a rest and had  lunch.After that they continued their trip.

Few hours later they reached the top of the mountain.The boy looked through his binoculars and saw a castle. It was 2-3 miles away. It was quite far and it was dark,so the bear lit the fire and they had dinner.

Before they went to the bed, the fox asked  the bear:“Do you think we could plant forest again?“The bear answer:“Yes,of course.“

The next morning they started coming down the mountain. Few days later they finally came to the castle,but the door was locked.SThe squirell said that they shoild try to get in through the window.

While they were thinking how to get into the castle, the scientist does some experiments.

It was night.Bear took the hook and threw it on the window. When they climbed they saw a scientist doing some research. Unfortunetely,the scientist saw their shadows and he thought they were ghosts. He was terribly scared.Then he looked through the window and saw them.He let them in.The fox explained him what he did. He felt terrible.He decided to help her but he didn't know how.Then John said:“Let's plant a new forest.“

A week later ahundreds of trees were planted.

Three years later the forest has grown. The fox has her home again. Everyone was happy because of that.They played in forest every day and lived happily till the end of their life.

"Is this the best bedtime story for you,grandson? " - asked the old man.

"Of course grandfather. Your stories are the best,but what happens to the scientist?" - asked his grandson.

-"Oh I almost forgot about  him.He dedicated his life to helping people with his inventions."

- "Wow,that's great.I can't wait to hear your next story." 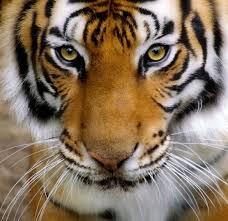