Once upon a time there was a very crazy scientist. He wanted to build a lab where he could do his evil experiments. He was thinking about the place to build a lab and got an idea. There was a forest in the west nearby the sea. He decided to destroy the forest to make room for the lab. He was selfish and he wasn't thinking  about the animals that lived in that forest. Soon, the residents of the forest found out about his horrible plan. A fox named Lucky lived in the forest. Shee was very sad because she had to leave her home. Other animals from the forest, like Freddy the bear, Rocky the squirrel and Harry the rabbit decided to do something about it. They asked their human friends, Tomm and Mary to help them. Tomm had a great idea. He remembered there was a box full of his grandfather's old stuff from the theatre, somwhere in the attic. The new 'Foresters' gang got all dressed up in costumes and planned to scare the scientist. So Tomm dressed up as a mean dragon, Mary as an Indian chief, Freddy as a pirate, Rocky as a knighht and Harry as a blak avenger. They were able to sneak up on the mad scientist and scare him pretty good. They made him stop the destruction of the forest and pay for all the damage he had made. He also made magical seeds for a fast growing forest. Everyone was happy and returned home to the forest including Lucky the fox. The 'Foresters continued helping people and animals. – This is the story that Tomm, now an old man told his granchildren one day when he was looking at a photo album with pictures from the time he was their age. Tom worked in a theater his whole life, like his grandfather, so he had a very good imagination and a talent for telling stories. But his story has a very important message and he wanted his grandchildren to tell it to their grandchildern one day. The message is: never do to other people what you don't want other people to do to you. Don't be selfish and help other people and animals in trouble because it is important to keep nature safe. And one last thing about the story...Who knows? Maybe its true. 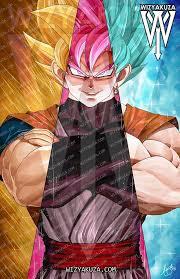